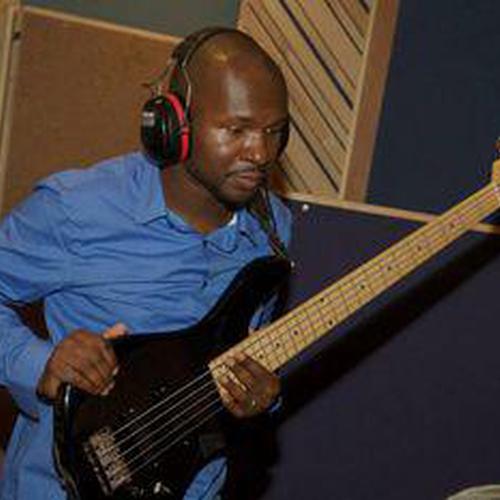 The London-born, Lagos, Nigeria-raised, New York-based electric and acoustic bassist/composer/bandleader Michael Olatuja has been one of the most inventive and in-demand bassists since the early part of this century. He’s worked and recorded with one hundred artists, from Terence Blanchard, Kurt Elling and Jose James to Stevie Wonder, Shakira, and Bebe Winans, and recorded two CD’s as a leader, Speak (2009), which the website All About Jazz proclaimed was “a propulsive and pleasing record,” and The Promise by The Olatuja Project - a duo with Alicia Olatuja (2011). Nearly five years in the making, Olatuja’s new, twelve-track CD, Lagos Pepper Soup, named after a zesty, West African meal, with lyrics mostly in Yoruba and English, and recorded in London and New York, is his most comprehensive and compelling album to date.

“The themes [on this new record] are hope, inspiration, and new beginnings,” Olatuja says. “This recording started at a very tough time in my life, and it’s cathartic and healing. I had to separate myself into two people: my older self, and my younger self, as if the older me were speaking to the younger me, encouraging me, and thus, encouraging whoever’s listening. That was the motivation for how this album happened. Most of my recordings are like that: Whatever season or journey I’m going through in my life, the music speaks to myself [and] others.”

Indeed, Lagos Pepper Soup captures something bigger than an all-star CD, led by a twenty-first century virtuoso who the BBC proclaimed, “had a firm handle on the music of the ‘motherland’ and diaspora.” It unveils the extraordinary musical life of Michael Olatuja: from his early days playing percussion in his Lagos Yoruba Christian church, his life with his pioneering mother, to his first lessons on bass as a teenager, and his music studies in the U.K at Sussex University, and at The Manhattan School of Music, to his work as a sideman and leader. This recording aurally illustrates the places and spaces he’s been, and it forecasts the shape of his Afrocentric jazz to come.

"His bass sound and distinct sense of time are always consistent, and are always the propelling force of the music." – JazzInside Magazine "Olatuja's supple, acoustic and electric bass lines that can trace their low-end ancestry to Ron Carter and Jaco Pastorius." - Allaboutjazz